A Month of Josiah

One month ago from now I was puking my guts out from all the anesthesia I'd had on an empty stomach and I was completely over the phrase "You'll just feel some pressure." Ironically, the only person who wasn't lying when they said that phrase was the lady who put the giant epidural needle in my spine...but I digress.

A few hours before that, and 22 hours after the whole saga began, we finally got to meet our brand new and not at all tiny son, Josiah. Twelve days past his due date, Josiah (then still fondly referred to as "Tater Tot") was in no hurry to make an entrance. Hours of really fun and very unproductive procedures had only gotten me 4 cm dilated. Then, at about four o'clock I was dosing in and out while we were waiting on the doctor to discuss our options when nurses suddenly came running through the door. The baby's heart rate had dropped for the second time and a few frantic minutes later they were rushing me down the hall for an emergency c-section, leaving Andrew alone in our room.

Those few minutes were terrifying and confusing as I lay paralyzed on an operating table with medical staff running all around me. But, our hurried prayers were answered when they got the baby's heart monitor hooked back up and his heart rate was normal again and the medical staff were able to slow down and wait for my doctor to arrive. Andrew was broughtinto the room then and we decided to proceed with the c-section anyway.

Andrew said it looked like they were trying to wrestle a hog pulling him out. Then we heard, "He's huge!," "Big boy!," "Is that a toddler?" They pulled down the sterile sheet so that I could see my doctor holding up our son. There he was, a giant red baby with arms and legs hanging like long monkey limbs and the hands and feet of a two-year-old. I saw him and thought, "That weird looking kid is mine. How strange." Then they put him on the scale, 11.03 blinked and held, and I thanked the Lord for c-sections! They handed him to Andrew and we stared at his chunky face that looked just like my baby pictures and it still felt surreal. There he was, baby Josiah.

A few hours later Andrew brought Judah into the hospital room, he had a bouquet of flowers, some pictures he had drawn, and wore a sweet, excited, almost embarrassed, smile as he met his little brother for the first time. We told him his new brother's name was Josiah Malaki, which means "The Lord helps," and "My Messenger." This was the little brother Judah had waited months for and it was love at first sight.

Life's been a blur ever since. It seems like it's been forever since our family went from three to four and yet it went by in a flash. Life is slowly beginning to stop its reeling. Today I forged through two giant piles of revolving laundry that have been permanent fixtures for the last few weeks. Some days we're getting a rhythm back to our school days. We're starting to get the hang of scheduling everything around feedings and learning to plan an extra hour to get out of the house on account of the blowouts and peeing all over the couch and the outfit changes.

As someone who tends to focus on the future and try to get through difficult seasons by relentlessly attacking problems with possible solutions, I'm trying to learn to live in the moment. I've been forced to slow down on life that does not involve breastfeeding and diaper changing and teaching a Kindergartner math. I'm trying to remind myself that these moments will go by quickly and neither of my boys will be little and needy forever.

A month of Josiah has brought a lot less sleep and an appalling amount of money spent on diapers. It has also brought laughs and fat baby cheek snuggles and sweet big brother kisses. It has brought tears (the good and the bad kind) and joy. Tonight Judah prayed for Josiah to grow up to be a great man of God, to love him and serve him, and I echoed his sweet and tender prayer for both our amazing boys. 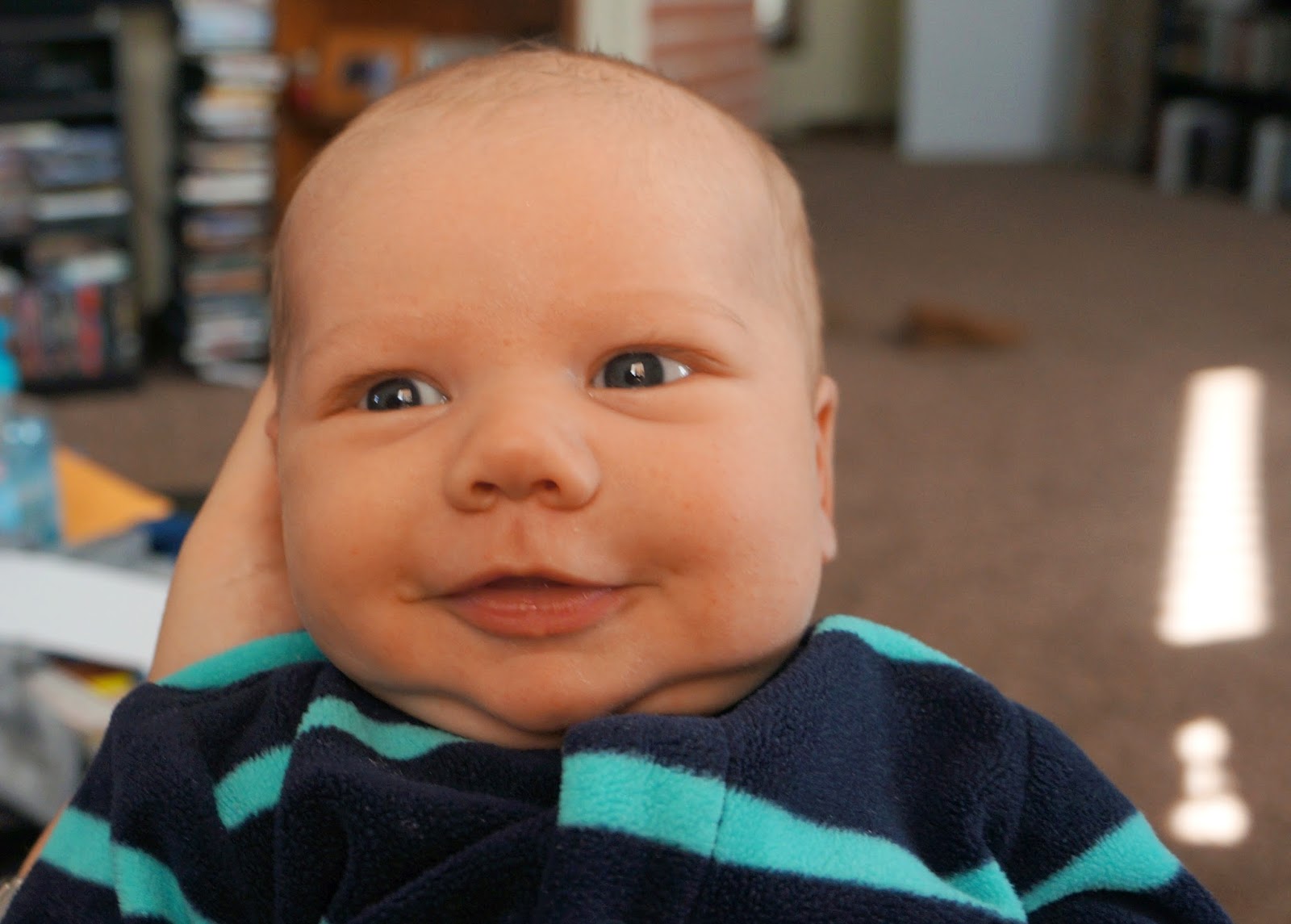 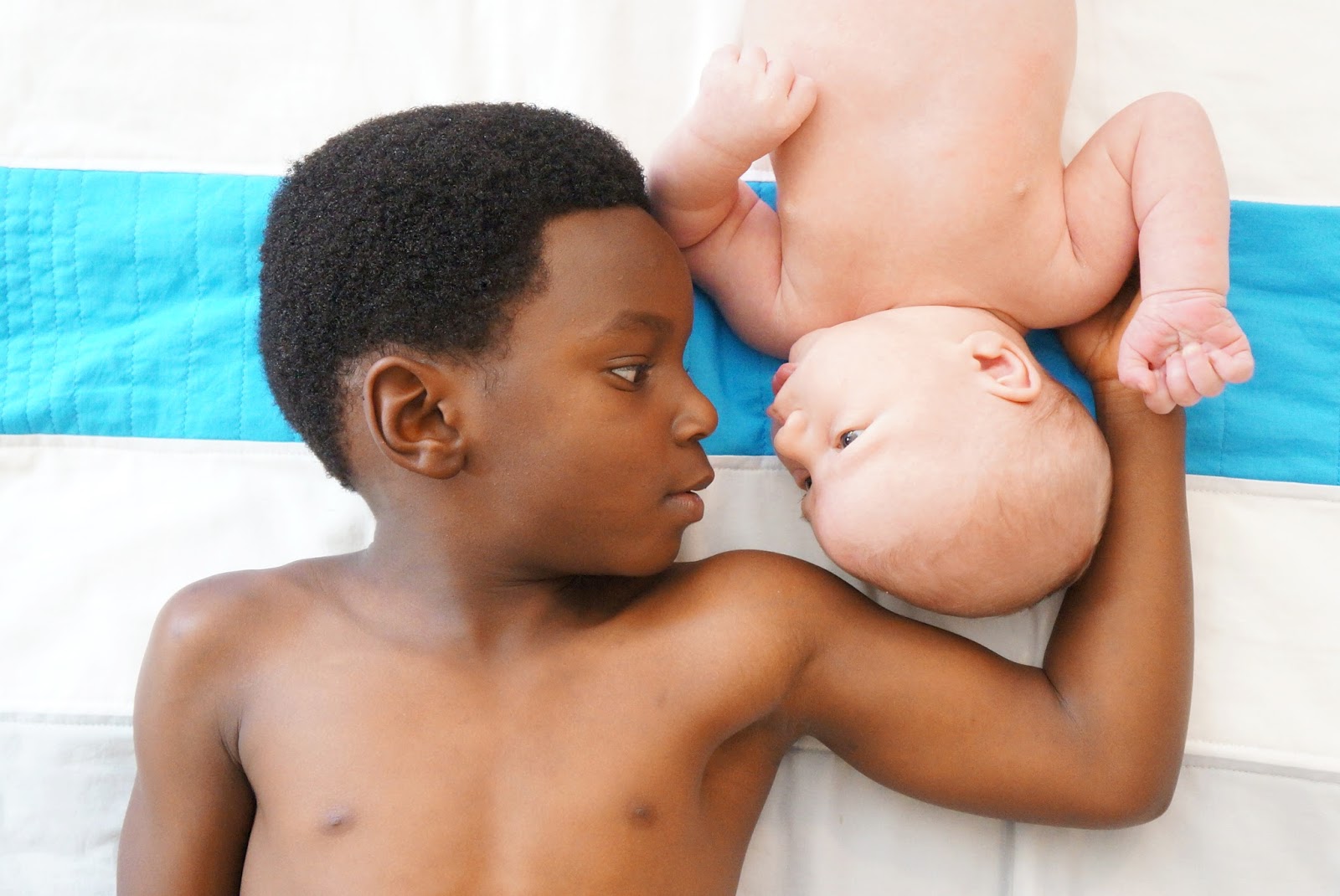